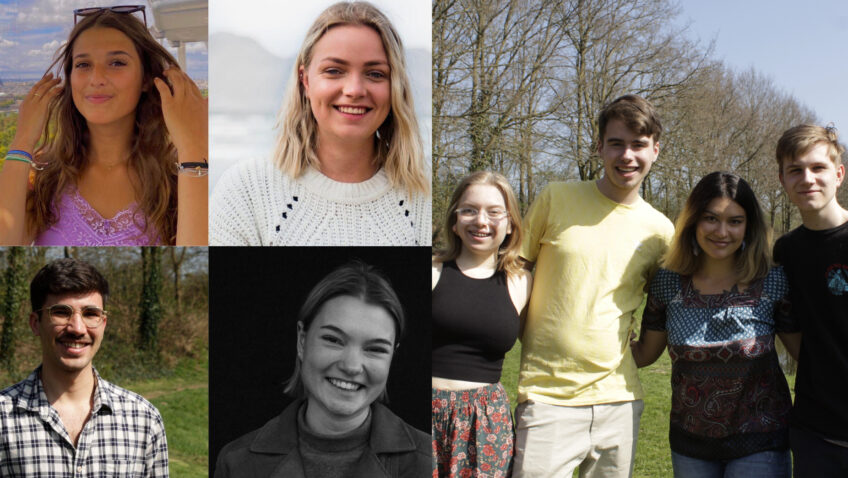 “Did you know that sexual violence and sex without mutual consent is more common among students than among other age categories?”, asks Windesheim-student Dureid. “It is important that we talk more about this subject.” That is why eight students from the global project & change management study program are organizing a number of events and exhibitions around these themes in the next two weeks.

The freshmen are divided into two groups. The first group will draw attention to this theme by erecting a large graffiti wall at two locations in Zwolle, from April 26th until May 1st. First on the Lübeckplein, just behind Zwolle station, and the next two days in the city center. Dureid Al Saman: “Passers-by can leave their own texts on the wall that relate to sexual harassment or assault, or what they think about mutual consent in general. Hopefully that will lead to good discussions.”

The second group is organizing an exhibition from 10 to 24 May in the Stadkamer, the central library of Zwolle (depending of course on the announced relaxation of the corona measures). Maria Stoeva: “We had pictures taken of ourselves, in white T-shirts with colored handprints on them, which represent sexual violence. We also show a number of posters with information about consent, sexual violence and other topics related to this, such as women’s rights and intersectionality. We also show clothing in which people have been assaulted.”

The students of Windesheim organize the events for clients, as a large project that lasts the entire school year. Both groups join the ‘Consent Campaign’, an initiative of former Windesheim student Suzanne Vink, and Amnesty International, for the campaign ‘#Letstalkaboutyes’.

At the beginning of this school year, both Dureid and Maria did not have to think long about the question for which client they wanted to work. Maria: “I come from Bulgaria, where many men of older generations think that women should just take care of the children at home. There is too little respect for women in Bulgaria and the whole of Eastern Europe, that’s a really big problem there. ”

She herself also has an unpleasant experience of sexual harassment. “Once when I was eleven, there was a man, obviously drunk or under the influence of drugs, who followed me in the evening to the flat where I lived. I quickly closed the door behind me, but he still tried to grab me. I screamed very loudly but because I had to shake so I couldn’t close the door properly. Fortunately, a few people just passed by and that drunk guy took off.”

Dureid: “I have a sister who has experienced a few things in this field in the past. I saw how she struggled with that and that’s why I really wanted to commit to these campaigns. More people should be aware of these issues. Did you know that sexual violence and sex without mutual consent is more common among students than among other age categories? When I read that, I was shocked. If it’s up to me, explicit mutual consent will become the new norm.”

This article has been translated into English using Google Translate