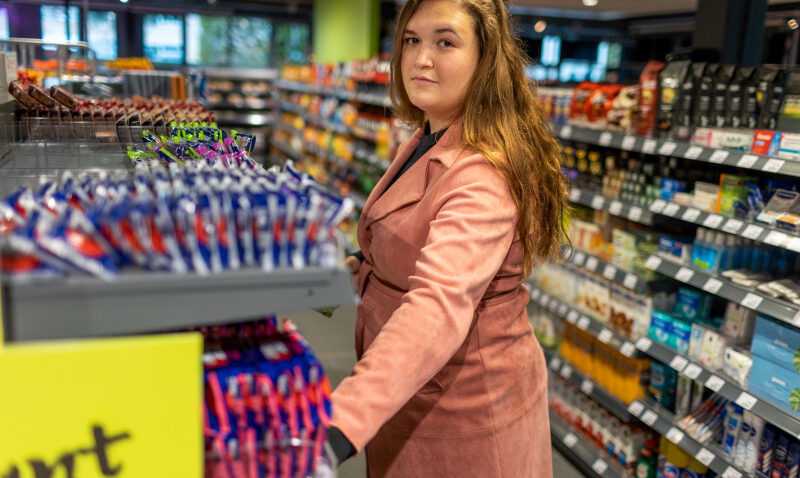 Higher prices and rising energy bills; all students have to deal with it. What can you cut back on?

Marketing Management student Fleur Hamstra moved in with her boyfriend a few months ago. They now have to pay more than 250 euros extra energy costs compared to then. “We haven’t turned the heating on yet and have no intention of doing so.”

On a cold autumn day you would prefer to curl up against the heating or take a nice warm shower. But for fourth-year student Fleur (21) that is no longer a reality. “In the beginning we paid around 175 euros per month in gas and energy costs. We have therefore started to use less each month to avoid higher costs.” But the opposite happened. “The following month we suddenly had to pay around 300 euros. A huge increase. The next month we were at 440 euros. It feels unfair to constantly pay more and more every time, while consuming less.” Fleur has been looking for other ways to keep themselves warm: “If we get cold in the evening, we grab a blanket or a warm sweater. I also bought a weighted blanket. If I’m under there, I’ll never get cold again.

The rising bills are not without consequences. In order to be able to pay for everything, Fleur started working more hours at her side job in the delicacy store De Zuivelhoeve. But that’s not enough, she also has to use some of her savings. “I’m just managing now because I’ve saved up some money next to my studies. If I didn’t have that, I really would have to work a lot more now.”

Because life has become so expensive, Fleur sometimes has to make difficult choices: does she go out with friends or stay at home? “I now invite people more often to have a drink at home. Just as nice and a lot cheaper.”

It causes stress that Fleur now has to work a lot to be able to pay for everything, while she actually doesn’t have time for that next to her studies. Yet she sees a bright light at the end of the tunnel. Fleur: “I hope that I will soon have more breathing time when I start working full-time after my studies and there is a fixed income. Until then, we have to make do.”

Third-year student Amber Terburg lives at home, where the daily conversations are about the increased prices and economical use of energy. “Living at home saves me a lot of student debt.”

For Amber (23), student Communication in Almere, there are often discussions at home about cutting back. “For example, around taking a shower; my brother tends to take his time. And sometimes even twice a day. That is simply not possible anymore.” It already was a point of irritation between Amber’s brother and her mother, but now there’s more to it than just a frustrated sigh. “If he takes a shower before and after sports exercising, well, my mother gets super angry. And I understand that very well.”

Previously, the family could only be found at the Albert Heijn supermarket for daily shopping. Now it’s different. “We always go to Lidl or Aldi now, because it’s just a lot cheaper there. We only occasionally visit Albert Heijn for some special products.” Amber also notices that she is increasingly looking at the sale product crates when she walks past shops.

The price increases affect the whole family. Where the usual groceries were bought for about 200 euros, they now get much less for that price. “What we now regularly do is cook in very large quantities. Then we freeze a lot and we have a lot of food for a relatively lower price. Our freezer is nice and full, as is probably the case with many households.”

Amber is happy to live at home now because of the rising costs. “It saves me a lot of student debt.” But that is not always easy for the 23-year-old student, because five years ago she already lived on her own for a while and got used to more independence. “I had left home because I was done with living with my parents. But then an unexpected moment came when I became ill and couldn’t study or do the housework: I had no choice but to go home. Fortunately, things between me and my parents are now much better than before.”

Paul: ‘I stay away from the normal supermarket’

Student Paul Kaiser lives on his own. His gas bill has tripled and he is shocked by the high prices of groceries. He prefers not to get them from the regular supermarket, because it is too expensive.

Third-year Journalism student Paul (22) prefers to go to the market in the center of Zwolle for his shopping. He loves to search the market for the best ingredients to cook with. Previously guided by his father, now alone: “When I started living on my own, that didn’t stop.” Paul also likes to go to the Turkish supermarket Erdem in the Holtenbroek district for his bread, meat and vegetables.

For shopping, Paul prefers to stay far away from the large supermarket chains. “What you buy there is not only much worse in quality, but also much more expensive!”

Nevertheless, inflation is also passing into the market and the Turkish shop. “You notice that it is a bit more expensive than before, especially the meat. But it is still not nearly as extreme there as in the supermarket.”

According to Paul, the ‘overpriced junk’ from the supermarkets is mainly bought out of convenience. “You actually pay for your convenience; people don’t like looking for the specialty shops. While those are actually very pleasant and there is much more personality involved.” Paul tells how he got a bag of apples for free at the market last weekend, because the fruit farmer liked his outfit.

He is now doing an internship, which means he is busy and comes home late. “As a result, I go to the Jumbo a little quicker, but I get really shocked by the prices. Paul’s golden tip for students who want to save on their shopping? “Take the effort to cycle five minutes extra to a shop.”

As a room tenant at SSH, a student housing company, Paul also has to deal with the rise in gas prices. His gas bill is determined based on the average of all the apartments in his hallway. Paul: “I think I pay a lot more than what I use up. Because I have always paid attention to that even before the increases: the heating is never on and I cook electrically.” His gas bill has tripled in two years, from twenty euros per month to 62 euros. “It’s a bit of a pity, in all actuality I have to pay for other people’s costs.”

Thirza: ‘I know everything will get better’

Communication student Thirza Louwes lives at home with her parents and brothers. The house has been made considerably more sustainable, but she watches the rising retail prices with concern. “The prices are also rising bizarrely in the bakery where I work.”

“We already used to think that groceries were expensive, but now there is a clear difference. This year you really notice that products have become considerably more expensive in the supermarkets. Products under a euro in particular have risen in price,” says third-year student Thirza (20).

When the first price increases started, the family decided to become more sustainable. “We have had solar panels installed and we no longer cook on gas, but on induction. That already makes a lot of difference. We have also installed air conditioning upstairs and downstairs that can cool ánd heat. The heating can therefore stay off.” Agreements have also been made in the family to save. “We now try to shower shorter, so around 5 to 10 minutes.”

Thirza also sees major changes at her side job at ‘De Echte Bakker’. “When I came to work there about three years ago, spelt bread cost around 3 euros. You now pay € 4.10 for it. Isn’t that a bizarre increase for one loaf of bread? I used to buy it sometimes, but not anymore. That price is no longer normal.”

Cakes and biscuits went from around 4 to 6 euros. “Customers sometimes don’t want to buy them anymore because of the high price. We even lost a number of customers because everything was has become so expensive.”

The price increases have made Thirza more aware of her financial situation. “I haven’t had a pay rise, so inflation is not included in my pay. This means I can save less, which will have consequences for my future.”

Thirza would like to live on her own, but she postpones that decision for now. “With sky-high rent and energy prices, it will soon be impossible for young people to leave home. Still, I know that at some point the economy will turn around and everything will get better. The big question is: when will that be?”