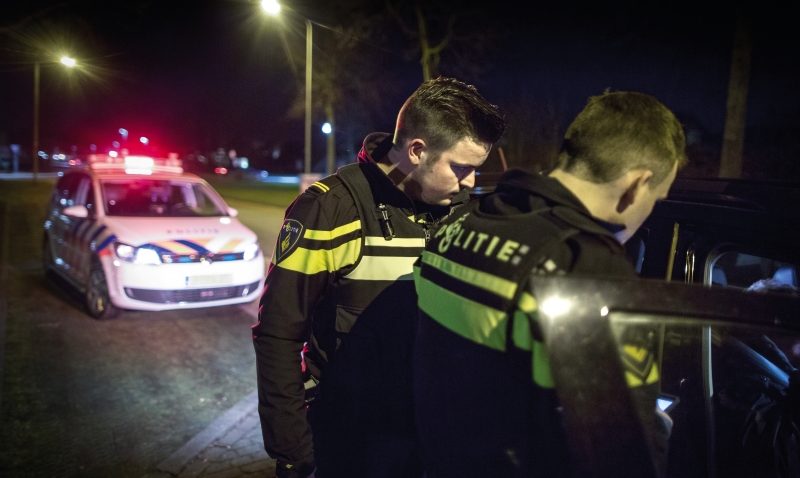 Gerard de Haas is a student and a policeman

Gerard de Haas has a unique part-time job. During the day, he studies ICT at Windesheim, but in his nights off as well as his weekends, he is a policeman.

It has been a childhood dream of the fourth-year student Gerard (23) to mean something to the community. Even so, he chose to study ICT at Windesheim where he soon figured out that just studying would not be enough for him. “My study program was not challenging me enough while I do get that challenge at my part-time job.” This is why Gerard started an additional study program to become a volunteer policeman in 2014. A volunteer policeman basically has the same rights and powers as a regular policeman, except he or she cannot carry a gun. Due to this, Gerard may not take certain shifts. For instance, he is never a part of the team who are the first to respond to a 112 report. He may, however, make arrests and write up reports.

Self-defense resources
During his study program Gerard also received lessons during two evening classes at the police academy in Apeldoorn. “At first, it was only in a classroom, but I was soon allowed to go into the streets in civilian attire to sample these things in practice. After that we went back into the classroom where we learnt the AS-Skills (Arrest and Self-defense) This entails how to perform an arrest and how to employ the self-defense resources you are given – handcuffs, pepper spray and a short baton. After a few Months I went on an internship and I was allowed to work as a policeman in the region of Veluwe-North. “The number of hours per week were different. Sometimes it can be one shift of four hours in a week, sometimes it can be three shifts.”

Problems with youth
Gerard: “We endeavor to spend as little time as possible indoors during our work time. We make sure that we are visibly monitoring, be it by car, on a bike or on foot. While doing so, we make sure to observe all around us. For instance, if there is a place that is notorious for problems caused by youth, then we pay extra attention to those spots.”

As a volunteer, Gerard usually takes part in guiding events and traffic. “During these times we are mainly outside, we talk with people and, should something happen, we can intervene immediately. I have worked at festivals such as the Mega-Piratenfestijn. How a festival such as this will go is something we cannot know ahead of time, but should things go awry, we are there to contain the situation.

An exciting moment, for instance, is the end of the evening, when everyone has to go home and the drunk people do not want to leave the premises. Then we have to help security to make sure that they do leave.

Very first arrest
Gerard though his very first arrest to be rather exciting. “At the academy I had, of course, learnt how to do so, but in practice it really is different. During an arrest, all your senses are at their peak, but, looking back, it really was just very cool. In his work as a policeman Gerard runs into all sorts of things. “The thing I like most is that we walk into people’s houses with strange living situations. Every time the story we then hear is rather surprising. For instance, one time I went along with the animal police to a place where cats were not being treated correctly. The specialist with whom I rode told me that, if animals suffer, this is often due to the caregivers having issues of their own. Upon arrival, this became apparent. The owner of the cats did not have his affairs in order. The house was a mess and the animals were suffering as a result.

More self-confident
The combination of being a policeman and studying often has me running at all hours. “Sometimes, I wish I could be at two places at the same time. I’m lucky enough to have a car. Without it, this would have been a lot more difficult as, sometimes, I have to leave for work straight after school.” He also arrives home rather late. “It does demand a certain amount of flexibility.”

Despite this, Gerard would advise anyone to, in addition to following a study program, become a volunteer policeman. Because, though he does not make much more than a minor compensation, he does get a lot of life experiences. It is because of this that he has become a lot more confident. “During my work I meet a lot of different people in unpredictable situations. For instance, during nights out I come into contact with people who have had one drink too many. Because of this, they are more easily triggered and it can be challenging to have a conversation with them with which we can avoid an escalation, such as the use of violence.”