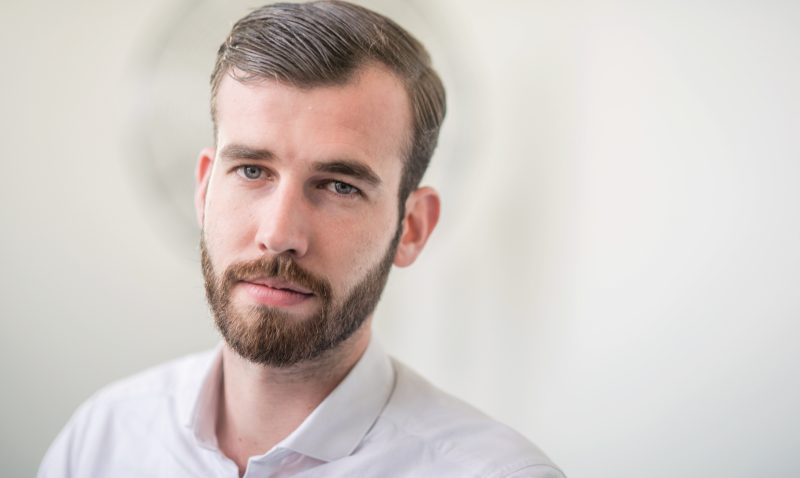 ‘We want to become the Victor & Rolf of scent marketing’

The fact that we are being manipulated by picture and sound will not surprise anyone, but smell is also an element that can influence our (consumer) behaviour. And that is exactly what sixth-year student Bastiaan Medendorp is doing with his scent marketing company Iscent.

How many times have you come across the smell of freshly baked bread while walking around in the city centre? You pause and hesitate a bit, and yet you decide to enter the bakery and still the hunger you didn’t even know you had. A conscious strategy, according to commercial economics student Bastiaan (23). “Scents are an important communicational tool and can make certain for some strong associations’. Just as you probably think of babies when you think of Zwitsal, even though babies usually smell like sour milk and dirty diapers. We are being hired to make use of this, by spreading around scents via small machines or the air circulation system.”

Volvo
One of the companies Iscent works for is Volvo. “We make sure that a certain scent is spread around in the showrooms, we also put this scent in the ventilation grid of the cars. The end user of the car and possible passengers, will be smelling this scent for a period of six weeks, which will further promote word-of-mouth advertisement. But we still have a long way to go until we have ‘conquered’ all 124 Volvo dealerships. Right now, we are working on making our way into the various dealerships, going at it one by one. Once we have reached the fortieth dealership, we can approach the head office and say: “I already have third of your dealerships, should we not do business on a bigger scale?” That will of course bring the big bucks home. I could go to the head office already, but that would lead to the show rooms being told to hire us by management, which would mean that I probably won’t have the support of all individual locations.  This is a longer road to Rome, but I don’t mind taking it: I don’t want to do business as quickly as possible, but rather, for as long as possible. That is the only way to keep your business up and running.”

Victor & Rolf
Iscent consists of two people at the moment: Bastiaan and Jorg, who both offer the company an indispensable contribution. “Jorg is the ‘nose’, which means that he creates the scents and focusses on the creative side of the job. You usually see him smelling things, which could look a bit ridiculous. I keep myself busy with the strategic and commercial side of the job. You could say that I am the nag out of the two, whether it smells good or not is something that I couldn’t be bothered with as long as it does what it is supposed to do.” Iscent looked like a very different company when it was still only run by Jorg. “Iscent exists for about four years now. In the first two and a half years of the company, it was run by Jorg alone. He aligned himself with ‘Airwick-sellers’, whose main concern was the smell of things, and nothing else. Once I joined the company this changed: we stopped selling scents as a thing, but as a core identity. And that does give us an edge in comparison with the big American franchises that have a lot of money but not so much innovation. Our goal is to become the Victor & Rolf of scent marketing.”

Less aggression
The real blockbusters in the scent industry have a direct connection with the end product, according to Bastiaan. “Take a look at the bakeries for examples, where the smell of fresh bread and coffee is always present. Both strong smells that work really well. But scent marketing also works really well for less tangible things. Like in airports, where they spread a lavender scent at the gates, which lowers the heart rate and stress. Imagine if this were also done at night clubs; it could lead to less aggression, which on itself enhances the mood and lowers the security costs.” According to Bastiaan, Iscent always operates in an ethical manner. “If you can recount that 35% of the caregivers come across violence in their field of work, you can literally make the world a better place by means of scent marketing. Right now, a lot of older people are being kept calm by means of medication. I find that to be morally more objectionable than something as subtle as scent marketing, which could never lead someone to do something extreme. If people are more inclined to throw away their trash in the trash can by means of a subtle citrus smell, or if students score higher with their tests by smelling the scent of patchouli because it is the same scent they smelled while studying, is that so wrong? We don’t think so, scents are strong but not strong enough to be a miracle maker. Deceiving people with scents is impossible, you always stay yourself. So you could still be smelling the scent of delicious baked bread, but if you have just eaten, it won’t make a difference.”

Prize for Best Student Entrepreneur
One of the ways in which Windesheim stimulates entrepeneurs is through the prize for the Best Student entrepreneur, which was won by Bastiaan in September. “I am extremely thankful for this prize! It is a bit of a win-win situation, because Windesheim can now show people that there are students walking around here with big ideas, and this is of course also a big boost for our company.”