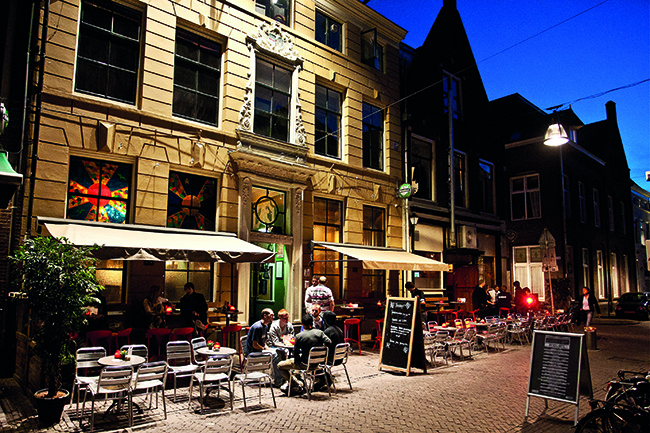 The places to go for a great students’ life

Where in Zwolle do you go out, shop, to the cinema, or just hang around on a terrace? Win’ employees, with years of experience in the field of extracurricular activities give you some advice. 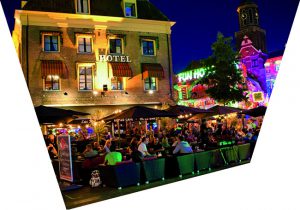 Cool cafes
Sipping a chocolate milk
Even when the sun only shines for five minutes, when the first rays of sunshine show up, the people from Zwolle are on the terrace. It is an unwritten rule: with every sunray a new beer. Maybe it is because I am a ‘fake’ Zwolle citizen, but I still can’t choose my favourite place to go. Am I with friends? Las Rosas! We watch people walk by for hours, while we sink into the couches. The perfect place for a date? De Vier Jaargetijden. Together, underneath a blanket, a heater above your head and a hot chocolate to share. Or a beer in case the sun decides to show up.
Michelle van der Molen
Journalism student, columnist for win’ 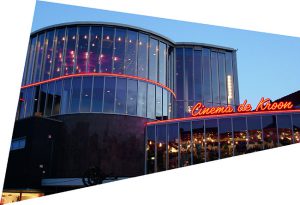 The best cinemas
Film lectures are better than regular lectures
Thursday evening is the best moment to see a movie at cinema Pathé de Kroon. The first time I heard that name I thought it was a fancy restaurant. At least, it sounds like that! Until I saw the popcorn and the somewhat smudgy carpet on the stairs. But it did not spoil the fun, and most certainly not on a Thursday evening! Because right after the film, you can go to the pubs that are crowded with students. A great opportunity to make it a night out. For a real film night, you have to go to film theatre Fraterhuis. A ticket costs just as much as a ticket with students’ discount at Pathé, which is great! Usually film houses are a bit more expensive. But what makes it incredibly fun, is the Fraterhuis Academy. This is where you get lectures from movie experts who will tell you, amongst other things, all about film history. It is not comparable to the boring lectures at school!
Hanneke Bijker
Journalism student, writes columns about films for win’ 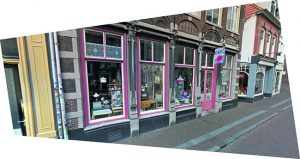 Nice shops
Colourful and artsy novelties
Snooping around? Zwolle is the perfect place for doing that. At Diezerstraat, where you can find most clothing shops and can expect a Zara in 2017, but also in the streets around it! I love walking through the Kunst & Klieder shop, which you can find in the Sassenstraat; full of colourful, artsy and kitsch trinkets. My favourite bookstore is Waanders in de Broeren. A huge selection of books in a wonderfully renovated church. If my bank account looks threatening, I go to Boekenhuis Zwolle at Maagjesbolwerk. Second-hand books and incredibly cheap new books. Just fine! There is a lot to find outside of the city centre as well. From the Turkish shops at the Thomas à Kempsstraat and to the carnival shops at Assendorperstraat. But my favourite place to go is Kringloop at Veerallee. Nice second-hand stuff with an affordable price tag. If I feel like it, I have a seat at the accompanying restaurant Deksels for a reasonably priced cup of soup.
Tessa Klooster
Former journalism student, writes about (amongst other things) culture for win’ 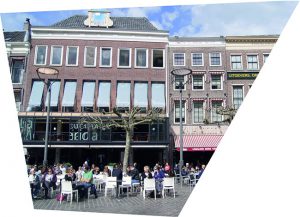 Cosy restaurants
Where the waiters are still nice
Good restaurants are not hard to find in Zwolle. Vito’s at the Grote Markt is for sure the king of bread. The restaurant above that, La Meridiana, is of excellent quality, even though you do need to save some money for it. However, there is one that tops all others: pizza restaurant De Plataan at the Oude Vismarkt. For years this restaurant was the place to be for me and my class on the evenings when we would go out in Zwolle. For only 6 euros you get one of the best pizzas in the city in an authentic little place where the waiters are still nice and the waiting lines short. Now that I am starting my internship I will not be in Zwolle as often as I would like. Apart from school De Plataan is one of the few places I still frequently visit as it is the only place where I never had a first date that did ended badly.
Joppe Varkevisser
Journalism student, writes on behalf of win’ for (amongst other things) ‘Weekend’ 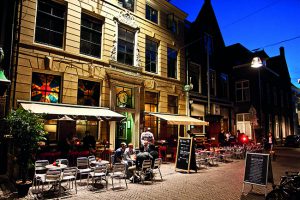 the students’ pub of Zwolle
The night of my life
My first week in Zwolle, being a scared first-year student, ended up in Het Vliegende Paard. I had heard about it so many times, it just had to be amazing. I do not go out often, and the only images I knew of pubs came from music clips of unfamiliar Dutch folk songs. However, Het Vliegende Paard did not disappoint me. I had the time of my life when I first went there! Further on in the year I noticed that Het Paard is not only the place to get wasted, you can do so many other things there. You can have dinner, there is a pub quiz every Sunday and there are often great activities. To me Het Vliegende Paard is the place to meet up and a place where you can have a cheap drink. Great for the student wallet!
Daniel Joe Heemskerk
Journalism student, writes (amongst other things) about films for win’ 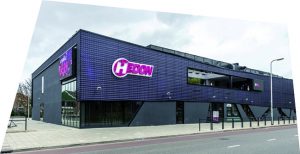 poppodium Hedon
The atmosphere is always great
When I lived in Zwolle, Poppodium Hedon was my second home! I still love to go there to look at bands and sometimes I go to dance night Sabotage. The atmosphere is always great. I have seen many familiar bands, but I also discovered many new ones. The best performance I have seen? Racoon, when they were not that famous yet and a bit more alternative. They performed in a half-filled hall so there was lots of room to jump around! I have also been a volunteer at Hedon. Through that I met lots of people with the same interests as me. There was always someone who wanted to come along to a concert. I mostly have good memories of the after drinks: everybody was always exhausted from working, but it was so nice that we stayed until the early hours!
Janine Sterenborg
Former journalism student, writes for win’ about (amongst other things) culture 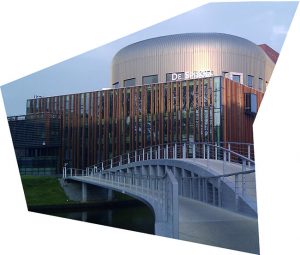 theatres with a variety of options
Live comedy is always better
Do you want to explore culture, then you can go to Odeon and De Spiegel; Zwolle’s theatres. What I like the most is how there is something for everybody. Van der Laan & Woe, Swan Lake, Maaike Ouboter, Les Misérables and Hamlet: every genre for you to explore. I often visit comedy performances. Most comedians know to create a certain mood where everything is funny. Afterwards, you can have a chat with them in the foyer. All big names perform in Zwolle. Even more so, some artists have their roots here. Herman Brood, Typhoon, Miss Montreal, and Martijn Koning: they are all from Zwolle. Culture is expensive, and that also goes for the theatre tickets. Fortunately, the theatres in Zwolle have special discounts for students. If you show your university card, you may enter the theatre for ten euros (only when performances are not sold out). Great deal!
Jitse Schipper
Former journalism student, writes amongst other things ‘Stemming’ win’